We have been lucky to get Kevin as our resident. He lives locally and is a professional musician and singer. He sings a wide variety of songs including Country, Irish, 60's, 70's etc. He is also an accomplished banjo player.

Other regulars at the club include Pat James,  Marc James and Michael Muldoon.

Membership is open to all for just £10.00 per year, renewable each January, with a nightly admission charge of £5.00 for members and £8.00 for non-members.

The club obtains tickets and organises trips to Daniel's concerts, and also trips to Ireland with concerts or other Daniel input.

Come and join us for a relaxed and friendly evening's entertainment.

The Club is run by a Management Team of three: 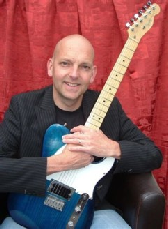